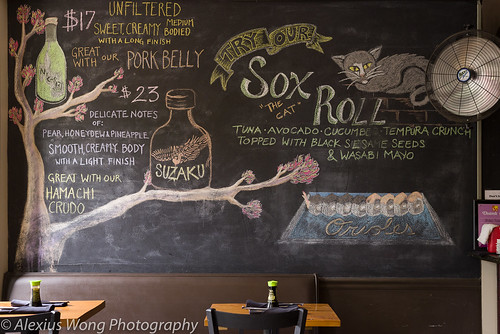 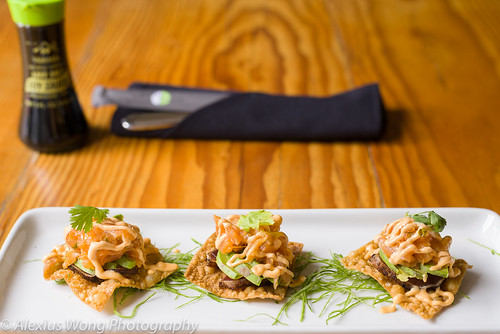 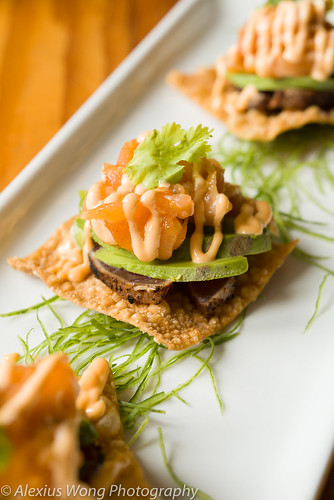 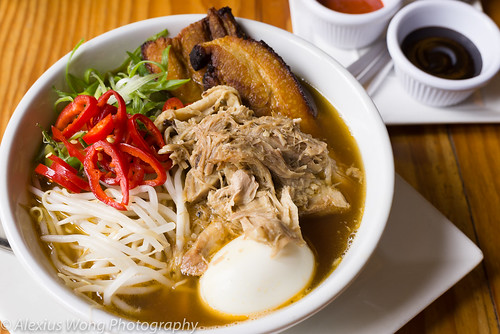 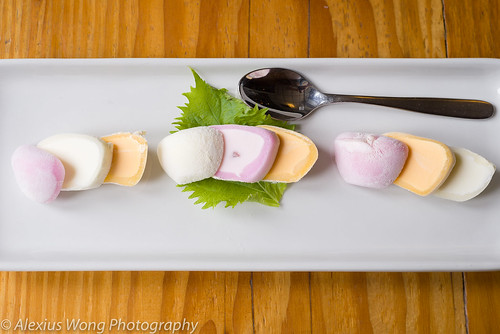 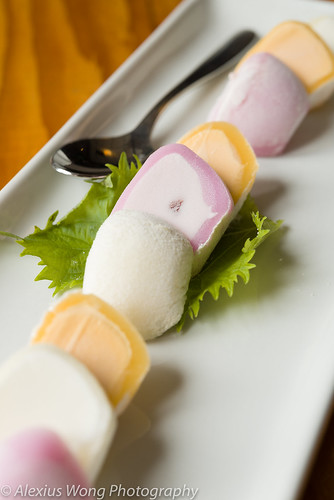 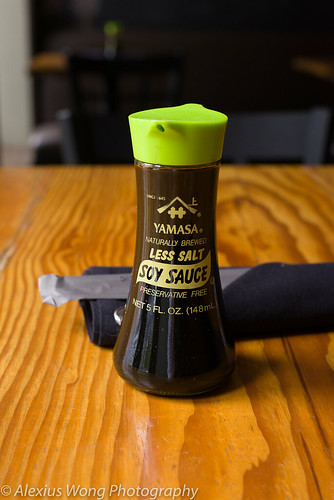 Warning:  The following blog contains NO photos due to the lack of planning, and it was an impromptu visit to this establishment.  Furthermore, photos from all-you-can-eat buffets contain too much for the eye to digest and maybe hazardous to one’s health.

After enduring the ordeal of getting my blood drawn for a blood test at my doctor’s (yes, poor me, even though it was just a small prick), I decided to “reward” myself with a stop at an Asian bistro buffet not too far from his office.  Customarily, I would refrain from visiting all-you-can-eat’s because there is always the temptation of over-indulging and over-eating  – at my age, this is not a wise move especially given the fact that I’m planning to take my clothes off in a couple of weeks in public;  at the beach, I must add.  But with a phone app offer that was running out soon, I decided to visit this Korean-Japanese eatery.

Hee Been Asian Bistro sits above the Harris Teeter grocery store in a rather dead modern building complex (most likely a casualty of the depressed economy), located just off the busy Route 1 in the business-filled area of Crystal City, VA.  Finding it was quite easy once you notice Harris Teeter which is temporarily closed due to a sewage back-up in the supermarket (oh crap!).  Parking in the basement is free, which makes visits during the day time accessible and convenient (Crystal City has the same parking challenges as DC).

I paid it two visits on one day for both lunch and dinner (the punishment of gluttony I had to endure for this task!).  Walking into the establishment, you immediately notice the far wall covered end to end with several buffet sections displaying the various offerings.  It is rather overwhelming by such a large display, but hunger and growing anticipation quickly dissipate this sense of  confusion. The only remedy in such situation is to attack without hesitation, or “attaca” as composers would print in their music.

On one end, the buffet section contains various forms of salads, from the simple Potato Salad to the more bistro-like Crab Salad on Endive or the Apple and Arugula Salad.  I found the salads to be very fresh and tasty without being overdressed.  The next station was the Sushi section that contained amazingly at least 22 types during lunch time.  I was rather surprised by the freshness of the seafood and by the variety in this section, from Clam Sushi, Tuna Sushi, Octopus Sushi, and Salmon Sushi, to the different rolls that contained the fresh seafood made with velvety ripe avocado.  Fortunately, the Sushi Rolls have not be too “perverted” by overzealous sushi chefs with their bizarre creations as these were rather simple and unadulterated, the way I prefer my sushi rolls.  Again, freshness and good ingredients made these bites sing in my mouth.

Next to the raw fish section, there were the cooked Japanese section with Tempura Vegetables and Teriyaki Chicken.  I did not savor from this section as I have had my fair share of them in my lifetime.  Next to it were some Korean offerings of Squid with Vegetable Pancakes and Squash Pancakes.  I enjoyed the small round circular discs as they were tastier than what I have had in other places.  The Seafood Salad next to it was a tasty delight and I was nearly tempted into a second helping.  The Korean Noodles with Vegetable, Jap Chae, were very tasty, which I’m sure my BFF would love to stop by for some.

The next section consisted of tradition Chinese and Korean fare.  You know, the usual Chinese “stuff” like Fried Rice, Fried Noodles, Pot Stickers, etc, grub that I would not touch at all in most places.  But I did go for the hot Korean dishes: Spicy Squid stir-fry (how did they keep the squid tender?), Korean Pickles and seasoned cold cooked vegetables (I can’t get enough of them, no matter where, and the offerings were great), Cold Soba Noodles (rarely found but a great rendition here), and the typical array of Korean marinated meats.   The cooks waiting by the grill will take your plate of raw meats, cook them to perfection, and bring them to your table sizzling on an iron caste plate along with slices of sweet onions.  The large pieces of lettuce along with the different spicy bean sauces made the rather sweet beef short ribs (Bulgogi), or the spicy pork or chicken, perfect bundles of grilled meat heaven.  A couple of Thai dishes (Chicken Green Curry and Basil Chicken) were surprisingly good and filled with the Southeast Asian spicy and herbal notes.

If one hasn’t sated him/herself at this point, there is a rather generous dessert section.  It consists of cut fresh fruit, pieces of cake, and gello. Although the pieces of fruit were sweet and fresh, what I surprisingly enjoyed were the bite-size pieces of cake that were not too sweet and packed flavor, like the Strawberry Cream Cake and the Mocha Cake.  And as a traditional Korean ending, there is the Cinnamon and Ginger Tea that was laced with the mildly burning cinnamon flavor and the zinging ginger essence.

To celebrate a friend’s good news of a new job (finally, thank God/Buddha/Universe), we, along with her partner and friend, paid it a visit for dinner.  The buffet had the same dishes, in addition to the offerings of Snow Crab Legs (the celebrant was feasting on this like mad), Steamed Shrimp, Sashimi (looked very fresh and tempting), and Sweet Spareribs (which her partner seemed to enjoy) – such luxurious food items must be a result of the higher dinner price.  My friends thoroughly enjoyed and were very satisfied by the offerings and the high quality of the food.  I chose to order from the menu, Bibim Bap, which consisted of a large plate filled with grilled beef bulgogi, cold cooked squash, cold cooked carrots, fluffy egg pancake, cold cooked broad beansprouts, cooked watercress, and crispy lettuce ribbons, all tied together by a sweet spicy sauce – tasty and satisfying indeed.  However, I noticed that due to the lack of customer volume during the night, the hot dishes on the buffet line were starting to look a bit dry, sad and drab from sitting too long on the hot plate.

Hee Been Asian Bistro offers an incredibly humongous buffet with dishes made from good fresh ingredients and with expert hands at their two locations.  Currently, they are running a special of $9.99 for lunch and $17.99 for dinner for the month of June (thus this hastily written blog).  I see myself stopping by this establishment before the month is up, trying my best to refrain from overeating before my Full Monty (not quite, with a bathing suite on, of course) in a few week’s time.  Wish me luck!